Whether you experience these issues yourself, know someone who does or are simply curious, this website has been created to increase understanding of mental health disorders by providing a space for ‘shared experiences’, promote dialogue and alleviate stigma. It aims to achieve this goal by including interviews, short films, photo essays and experiential games that create a coherent whole, provide context to each other and illuminate complementary aspects of what it is like to live with mental health issues.

To ensure experiential accuracy, people with lived experience of the portrayed disorders have been strongly involved in the creative and production process, took leading roles on the game development teams, and participated in the films.

‘For the Records’ is an interdisciplinary effort bringing together DePaul’s cinema and game development program as well as the School of Nursing. All media pieces have been produced over the course of roughly one year (from summer 2013 to Spring 2014) with several film and game development student teams working in parallel under faculty supervision to make this project a reality.

For the Records won the Silver Medal at the International Serious Play Awards 2014 in the student category ‘Games for Good’. It further won ‘Best of Show’ across all student categories by a vote of judges, who felt it was the most creative concept submitted by students and had potential for actual application in the real world. 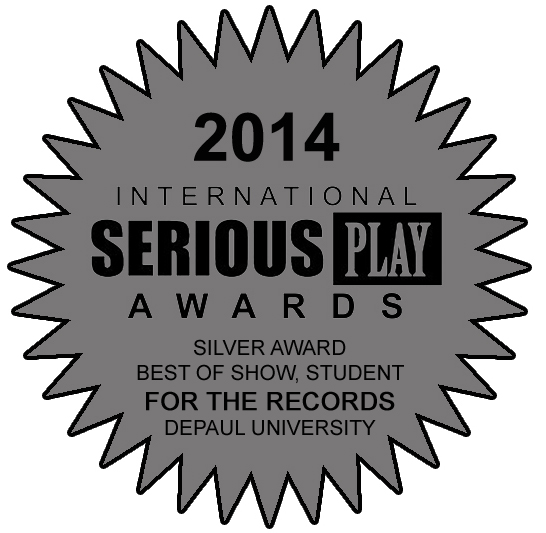